I am not abadoning you. But it is time for me to take a Christmas hiatus as I finish baking, wrapping, packing, cleaning, oh and working! before we go off on our family excursion for the holidays. I'll probably check in once or twice, like this Thursday for the wrap-up of the Fall into Reading Challenge, and to share what I am sure will be some funny moments from the tree. But other than that, I need to step back from my little ol' blog until the New Year. I hope you understand. I'm sure you have things to do, too!

Merry Christmas - God bless you as you celebrate the wonderful birth of our Saviour next week. And I'm still praying for us all to be filled with awe come Christmas morning at the precious gift we received.

Incidentally, guess what his number one thing he wants for Christmas this year is?

Happy Thursday! Be sure to check out some other great Thursday Thirteen's!

The best gift of all

Today we were at the post office waiting for Kevin to get the mail. I knew by the length of time he was taking that there had to be a parcel waiting for us. You know what that means ~ presents! I told the kids that I thought we might be getting some Christmas presents in the mail. Hannah just smiled her sweet little smile (the one that tells me she's humouring me. Really, how can a four, almost five, year old already have perfected that?!). But Ethan's reaction was the best. His eyes lit up and his jaw literally dropped. I'm pretty sure his mouth could not have been open any wider! I love seeing Christmas through his two year old eyes.

That makes me stop and think about my own reaction. I love Christmas. But honestly, I get so caught up in the busyness of having to get my shopping done (although, I've been pretty much done since November. Just in case you've forgotten!), doing the mandatory baking, getting the presents wrapped, the house decorated, and trying to maintain some sanity in the midst of it all, that I can go for days overlooking what all this fuss is really about.

When's the last time the miracle of what God did for us make my jaw drop in awe and amazement?

It is my prayer for myself, for my family, and for all of you, that while we finish preparing for the big day ~ because it is totally worth celebrating ~ that we will be consumed with wonderment over God's gift of life to us through Jesus' birth. And that out of reponse to that, we will be driven to give our best for Him, because He gave His best to us.

And on Christmas Day, maybe, just maybe, our jaws will drop in amazement, too.

Okay. Ordinarily, I am not prone to griping or complaining (too much!) in this blog. That's not my intent for writing. But today, I just have to. If you would rather spend your time reading something uplifting, I totally understand. I promise to behave tomorrow!

Last month one of my co-workers went on disability. She has Chrohn's disease, and the stress of working full-time was just too much for her and was making her condition worse. So she was given time off to get better and re-evaluate how much she wants to work if/when she comes back.

Unfortunately, when she left, it was discovered that she wasn't pulling her weight for her part of the job. For those who don't know, I work as a coordinator for a non-profit organization, and we split the job into three positions. She was in charge of some very critical things concerning our funding. And it seems like every week we are discovering something else she left either undone, or else just didn't bother to do.

Today I discovered she didn't do a report that was due last May and that we were given an extension on because of staffing issues in the spring. However, it was one of those extensions that had an immediate deadline once we were granted it. I was doing some leg work for our next report that is due next spring, when it was brought to light the first one hadn't been even submitted at all.

This just makes me mad. I find it so frustrating that someone would be irresponsible enough to jeopardize the integrity of our organization. I understand she was sick, but I told her every single week that if she needed help to tell me and I would do whatever she needed. Not once did she indicate she wasn't capable of doing this report. We all assumed it had been done and submitted, because she said she was taking care of it. But now, any future funding from this source is in peril because of this one major oversight. And of course, I get to be the one left scrambling to fix it.

What makes this most difficult, is this is someone I really like as a person. And I don't want it to affect our friendship. I've already been praying today for God to help me to forgive her. And I know I will. It's just going to take me a bit to get over my annoyance.

There. I feel a little better now! And this still isn't anywhere NEAR as stressful as the Santa Thing. That definitely tops the list!

I hope you don't all hate me now ~ please come back!!

They said I looked cute in my Santa hat
It's finally over! My Santa party is done. Our last minute, saved-my-life (and possibly job!) Santa showed up and was FANTASTIC! And all I saw were smiles everywhere.

You know, it was kind of fun. And I got a Santa hat out of the deal, too.

I'd do it again - but only if someone else finds the Santa!!

I'm off to recuperate now. And to think not-so-nice thoughts about the guy who said he'd be Santa and then disappeared. I hope he feels really guilty right now. Okay, I know. That's not very charitable of me. But he DID cause me a lot of undue stress this week. He deserves the lump of coal in his stocking, believe me!

Friday's Feast
Because I'm too exhausted to think of anything off the top of my poor, weary head - enjoy!

Appetizer
Which language would you like to learn and why?
Oh, let's say Italian. It sounds so interesting and romantic. Plus, no one here knows any of it, so I could say lots of things about them and they wouldn't know what on earth I was saying. Okay, I wouldn't really do that. I'm too nice!

Soup
What's the funniest thing you've heard or read so far this week?
Ethan was praying at supper on Monday night. It's his standard to ask Jesus if he can go somewhere the next day. That night he was asking to go to Bible Study the following day - his prayer went like this: "Thank you Jesus for this day. Thank you we go to Bible Study. (pause) Mommy, can we go to Bible Study tomorro? (Yes, honey) YAY! Thanks Mom! Amen."

Well, it was funny to hear it!

I also read a Dilbert cartoon about stealing from the secretary's candy dish. I'm still giggling!

Salad
Which movie was so bad you couldn't watch the whole thing?
There's been a few. If I had to narrow it down, it would have to be this one with Keanu Reeves. I can't remember what it was called, but it was some futuristic sci-fi. It was so horrible, I couldn't get past the first 15 mins. And I love Keanu!

Main Course
If there were a holiday in your honor that didn't use your actual name, what would the day be called?
Santa Party Coordinator Appreciation Day. And it wouldn't be just a day. It would be a whole week!

Dessert
Name one movie which is coming out soon that you would like to see.
The Nativity. I realize this is already out, but I really want to see it. And that's something, because I rarely want to see movies anymore.

Because they're cute
So as I get everything together for our big Santa Party this week, I thought I would share some fun things I've discovered along the way for your kids. Or you, if you're so inclined!

My friend Raelynn shared this site with me last night as I was looking for some snowflake patterns for decorating. I printed some out at work today and enlarged them a bit more. The best part is Emma can help me with the cutting! And she's free! Even Hannah can cut out the pattern for us to fold. This is a fun project for older kids who want snowflakes to look more like the real thing, or even to show them how to fold them in the first place so they can create their own.

One of the games we are going to play this weekend is Penguin Topple. I was trying to figure out how to make bowling fit in with a North Pole theme, and I came up with the idea to tape white ovals on the front of the pin, and then tape black wings on the sides. They actually resemble penguins, and my girls thought they were pretty cute. It took less than half an hour to make, and is a fun addition to your winter themed party. (And, yes, I know penguins don't live at the North Pole, they live at the South Pole. Miss Emma informed me of this today! But she still thought they were cute!)

If you have Microsoft Publisher, you can make your own Pin the Nose on Rudolph poster. I found a picture of the reindeer with no nose here. Then I cut and paste it into Publisher after selecting it's poster format. It prints off in pieces, but then you just fit it together like a puzzle. I laminated the sheets first, so that we can use tape on the backs of the noses, and it won't wreck the poster itself. Cheaper and easier than trying to find one in a store (and you know how much I love shopping in December!)

If I discover any more useful and cheap ideas, I'll share them with you! I'm a lot less stressed this week now that the big things are out of the way. Either that, or someone is praying for me! If it's you, thank you!

About Me
Name:
Andrea


Recent Posts
12 Day of Christmas...plus a few
Thursday Thirteen
The best gift of all
Okay. Ordinarily, I am not prone to griping or com...
They said I looked cute in my Santa hat
Friday's Feast
Because they're cute
Christmas Memories
Happy Happy Joy Joy
It's a beautiful morning 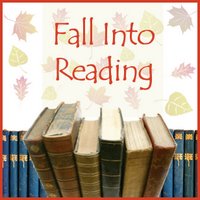